It’s a dark, smog-choked new Delhi winter. Indian American single mother Anjali Morgan juggles her job as a psychiatrist with caring for her autistic teenage son. She is in a long-standing affair with ambitious police commissioner Jatin Bhatt – an irresistible attraction that could destroy both their lives.

Jatin’s home life is falling apart: his handsome and charming son is not all he appears to be, and his wife has too much on her plate to pay attention to either husband or son. But Jatin refuses to listen to anyone, not even the sister to whom he is deeply attached.

Across the city there is a crime spree: slum women found stuffed in trash bags, faces and bodies disfigured by acid. And as events spiral out of control Anjali is horrifyingly at the centre of it all …

In a sordid world of poverty, misogyny, and political corruption, Jatin must make some hard choices. But what he unearths is only the tip of the iceberg. Together with Anjali he must confront old wounds and uncover long-held secrets before it is too late.

Reviews of the Book

‘A gripping tale of murder, corruption and power and their terrifying effects in New Delhi. Highly recommended.’ – Alice Clark-Platts, bestselling author of THE FLOWER GIRLS

‘Suspenseful and sensitive, with characters negotiating serious issues of society, this crime novel will keep you awake at night!’ – Jo Furniss, bestselling author of ALL THE LITTLE CHILDREN and THE TRAILING SPOUSE

‘Gripping…crime fiction with a difference. This is a novel full of layers and depth, focusing on class and corruption in India with compassion and complexity.’ – Sanjida Kay, Author of psychological thrillers, BONE BY BONE, THE STOLEN CHILD

‘Beautiful writing, strong characters and a story that will stay with me for a long time. Set in New Delhi, this novel tackles important issues as well as providing a tension-filled read.’ –  Jacqueline Ward, Bestselling author of PERFECT TEN

An intelligent page-turner that mixes a thrilling murder case with a profound psychological and sociological study of contemporary India. As I turned the pages, my pleasure was exceeded only by my desire for more. Seldom has a novel, let alone a debut novel, so expertly captured both the sprawling details of its complex setting and the intimate emotional turns of its characters’ inner lives with such precision, depth, and insight.

On the one hand a thrilling examination of politics colliding with police work in the lurid underworld of South Asian sex trafficking; on another an intriguing exploration of present-day New Delhi in all its teeming, multicultural complexity; and on still another an intimate examination of its characters’ struggles for connection, safety, and meaning, this impressive first novel signals the emergence of a major new talent.

—David Corbett, award-winning author of THE ART OF CHARACTER 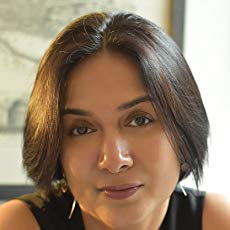 Damyanti Biswas lives in Singapore, and works with Delhi’s underprivileged children as part of Project Why, a charity that promotes education and social enhancement in underprivileged communities.

Her short stories have been published in magazines in the US, UK, and Asia, and she helps edit the Forge Literary Magazine.